In 1966 Bud Madden, a Toronto Ontario Talent Agent approached me about working with a “female group of musicians”.  They had recently lost 2 of the girls to injuries sustained in a car accident and needed a singer and leader.

I was reluctant to take on more work as at that time I was playing clubs in both Canada and the U.S, touring with other groups, making T.V. appearances as well as studio recording.

However I said okay and stepped in as manager, lead singer and arranger.  We picked up a great drummer and a keyboard player, changed our look with matching costumes, including Golden Outfits complete with Blond Wigs and so became “The Golden Girls”!

Yes I also wore a wig even though I am a natural Blond! 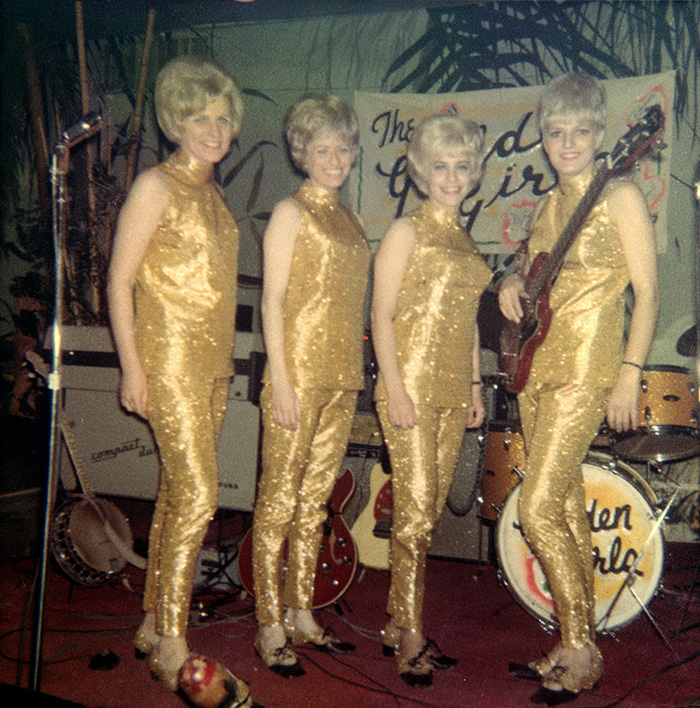 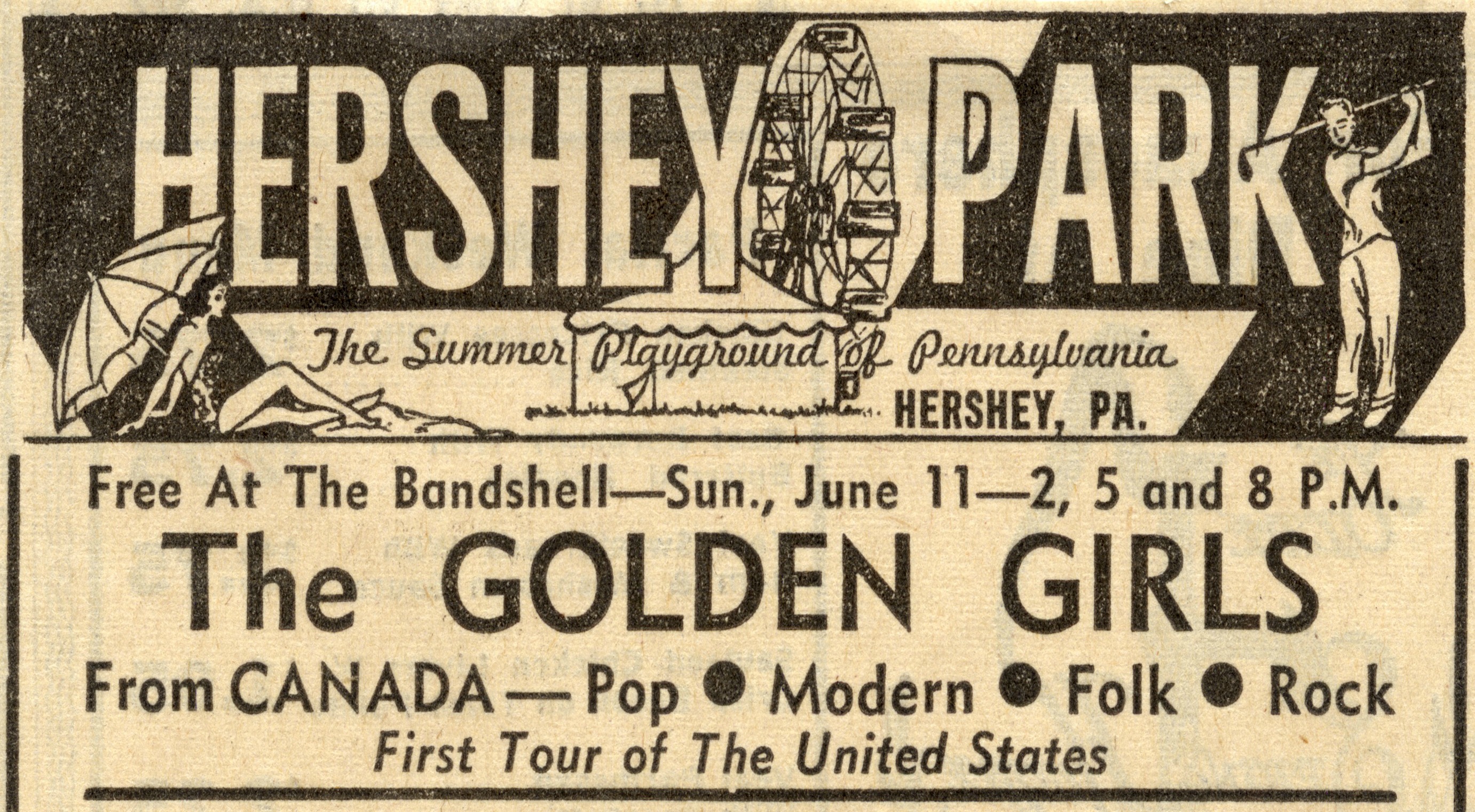 With Bud’s booking in local clubs we soon became a big hit and played to sold out events both in Canada and the U.S.A.  We even recorded some Golden Girls 45’s to share with our fans.

In 1967 we were invited to entertain the American troops in Greenland for the Month of May.

It was a very busy time along with my own bookings and studio recording for my first Album Roses and Candy.  However we had a lot of fun entertaining as The Golden Girls during those 3 years.

In 1969 we ended touring The Golden Girls group.  I moved to Nashville for further recording and touring.

Golden Girls Ready For A Show 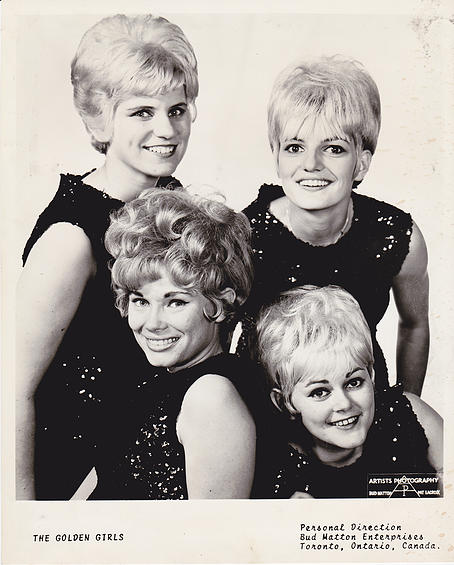 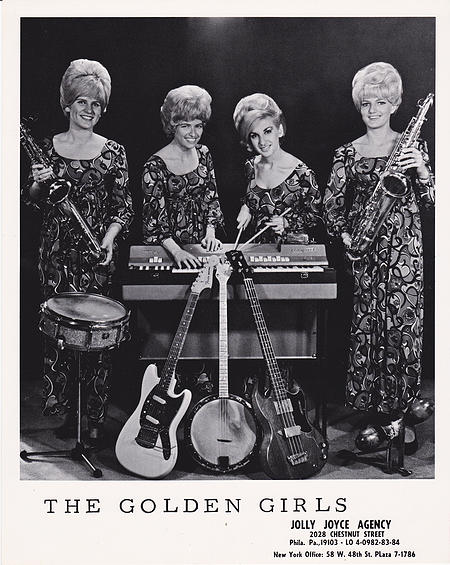 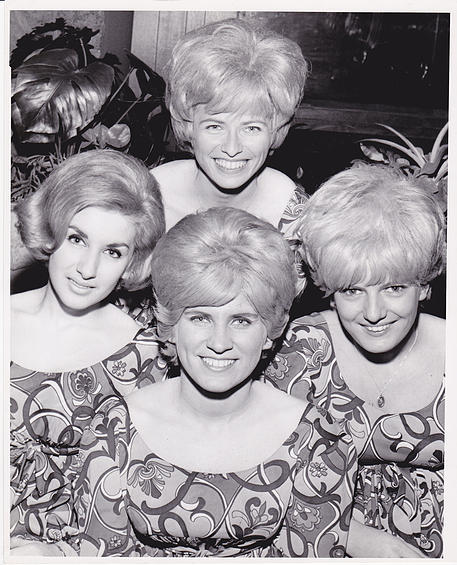